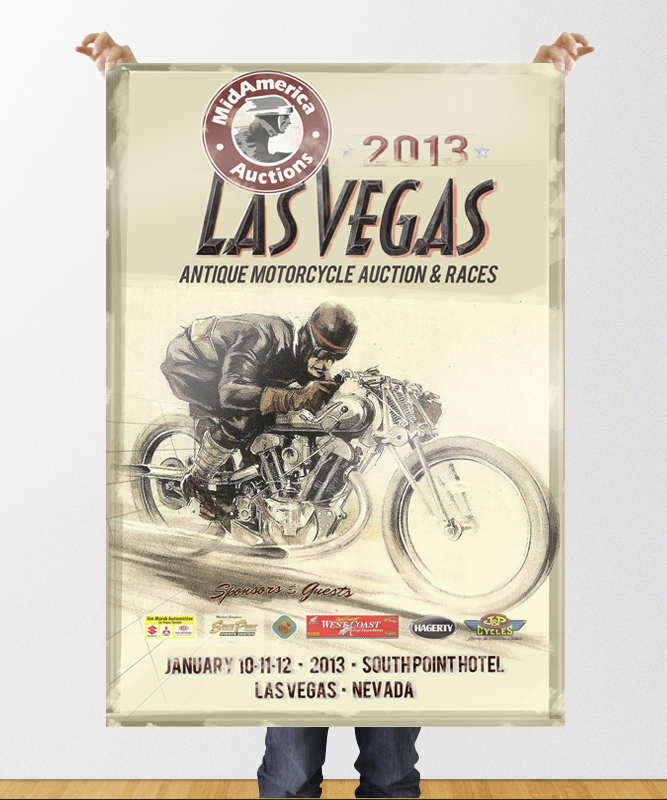 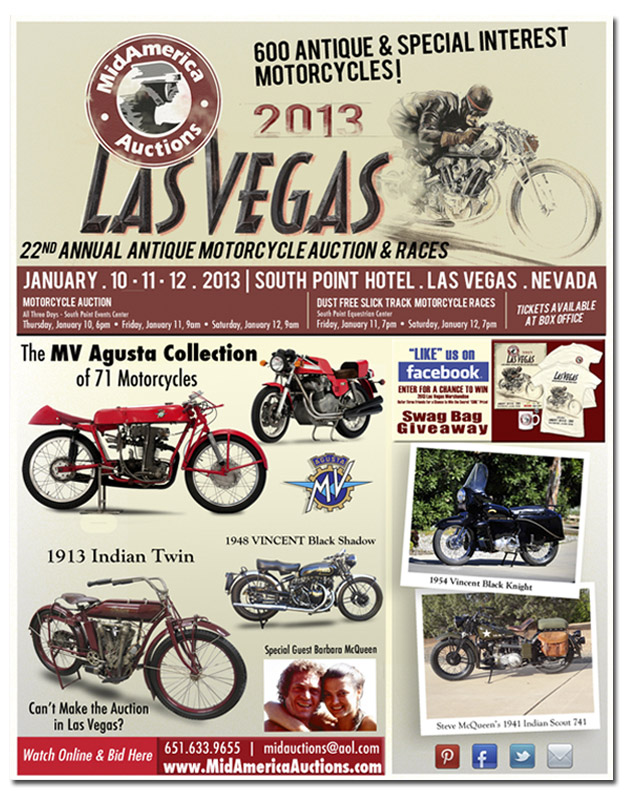 This annual auction is the worlds largest. Daedalus Creative was tasked once again to design the auction advertising. Each year the motif centers around motorcycles from the turn of the century. We chose an illustration by Georges Hamel, a popular illustrator of automobile advertising around 1918. The typography header of the main poster was hand drawn using Adobe Photoshop CS5. Two other posters were designed as part of show theme. These 2013 branding assets were translated to multiple advertising including posters, illuminated signage, html email advertising, promotional items and clothing.

The 2013 Auction Marketing not only included the branded image motif but also a "swag bag giveaway". This giveaway used facebook likes through a seperate third party software to acheive the 2013 winner results. 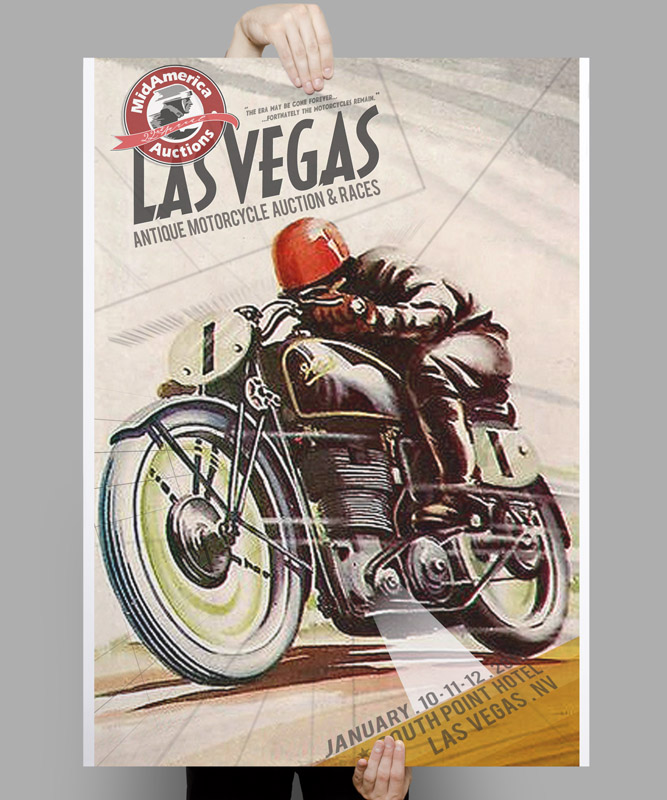